We Unleashed The Power With Tony Robbins

this weekend was one i’ll truly never forget.

I had the opportunity to see Tony Robbins in San Jose, California for his bi-annual Unleash the Power Within event. There were over 10,000 people in attendance! Let’s just say it’s was a giant party!!!

Initially I’d had my reservations about Tony Robbins. I didn’t really know too much about him, all I knew was that he was a ‘motivational’ speaker. Boy, was I wrong! He was SO much more than that. The amount of positive energy and vibrancy was so overwhelming, and the personal transformations for all of the 10,000 people in attendance were just mind blowing.

The seminar ran from Thursday to Sunday. We started at 8am and sometimes it ran until 1 or 2am! I know, I thought the same thing, how can it go so late every day?! Honestly, the time flew by. The program is structured is to push you outside of your comfort zone and Unleash the Power Within (pun intended 😉 ). To make sure we were watered and fed, we went to the nearby Whole Foods to stock up on food before it started every morning so we were well nourished throughout the day. 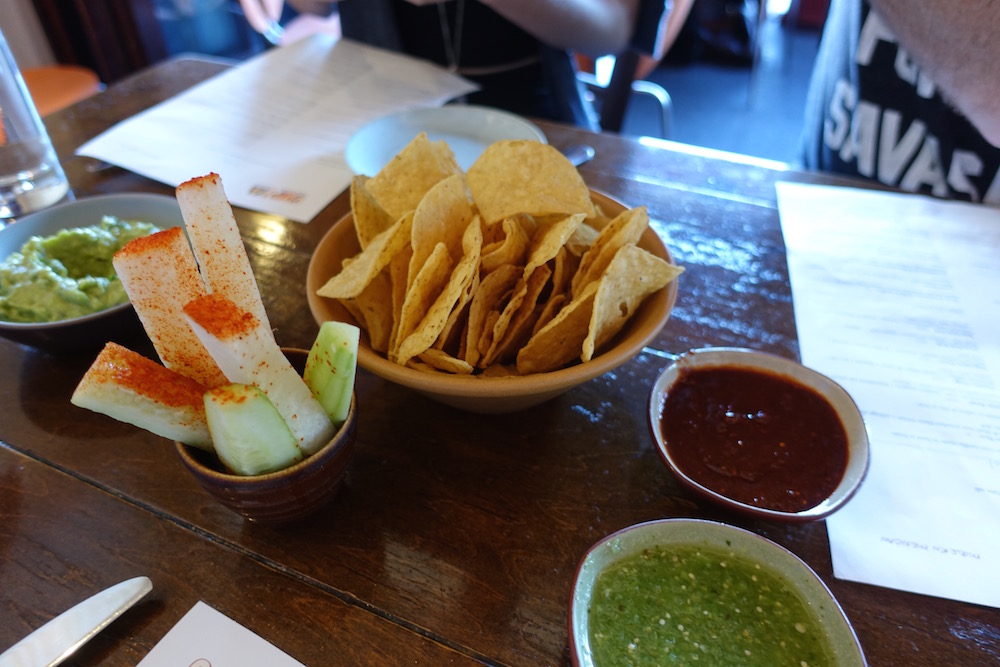 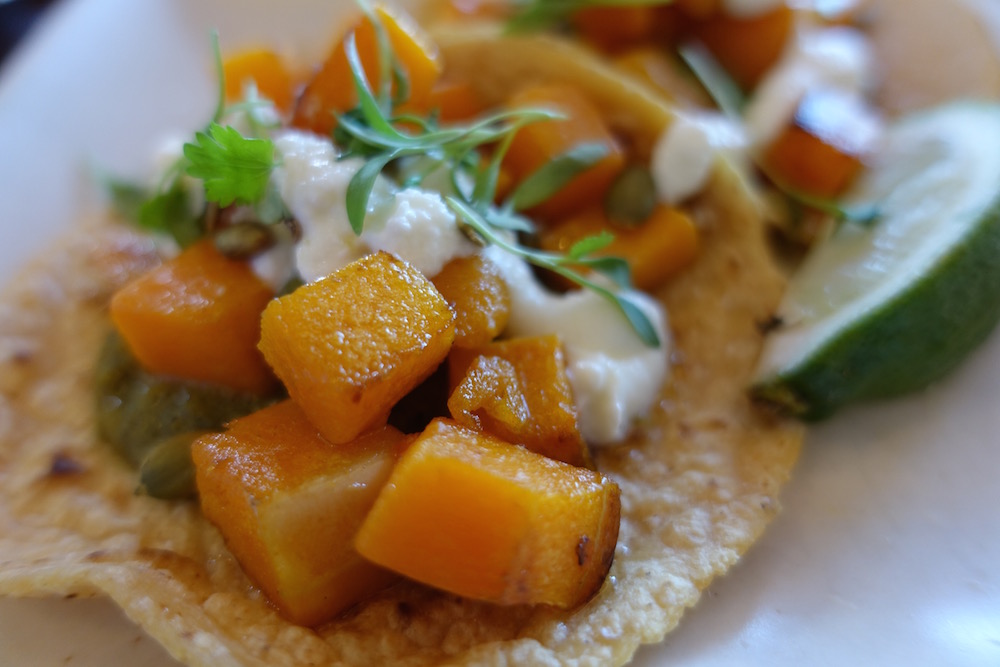 One thing I didn’t know about myself was that I put up barriers to display a “perfect” persona. Tony helped me realize this, and how freeing it is to simply be yourself. People stress out so much about being a certain way (i.e being the perfect partner, friend, business person, yogi, and so on) and we forget how perfect we already are.

Tony spent an incredible amount of time with us to break down the barriers to our greatness and unleash who we all truly are as people. He used sounds, repetition, incredible dance music (at some moments I thought I was in a nightclub! 🙂 ), shifts in perception, and short lectures throughout the day.

My biggest revelation was how impactful changing your focus on an issue can be. It allows you to come back to the issue from another perspective. This was applied the evening that we walked on fire….yes that’s what I said, walked on fire!!! I have to admit I was super nervous leading up to the firewalk, because let’s just say it…It’s freaking terrifying!

When I changed my focus from thinking about it as a negative and stressing myself out, and instead looking at it from a positive perspective, I instantly became present in the moment. Then I had walked across a 10 ft long fire bed and it wasn’t a big deal at all! 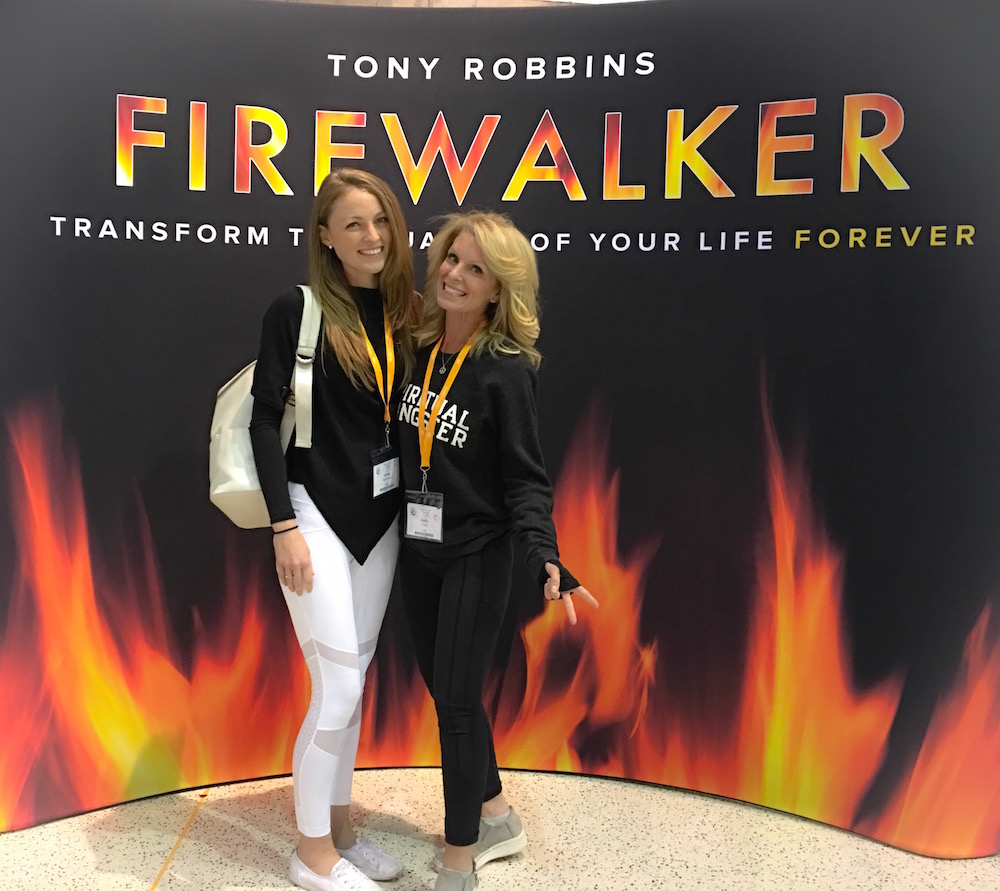 If you change your focus from an issue or challenge that you’ve been facing and instead focus on the things you’re grateful for, you can approach it with different power and appreciation. I’m committed to improving and enjoying every single moment more and more, and honouring my true authentic self.

i can’t recommend this event enough!

Seriously, you have to go. Words can’t even explain how phenomenal this event is, and it has definitely changed me for the better in both my personal and work life. Thank you TONY for an incredible weekend! 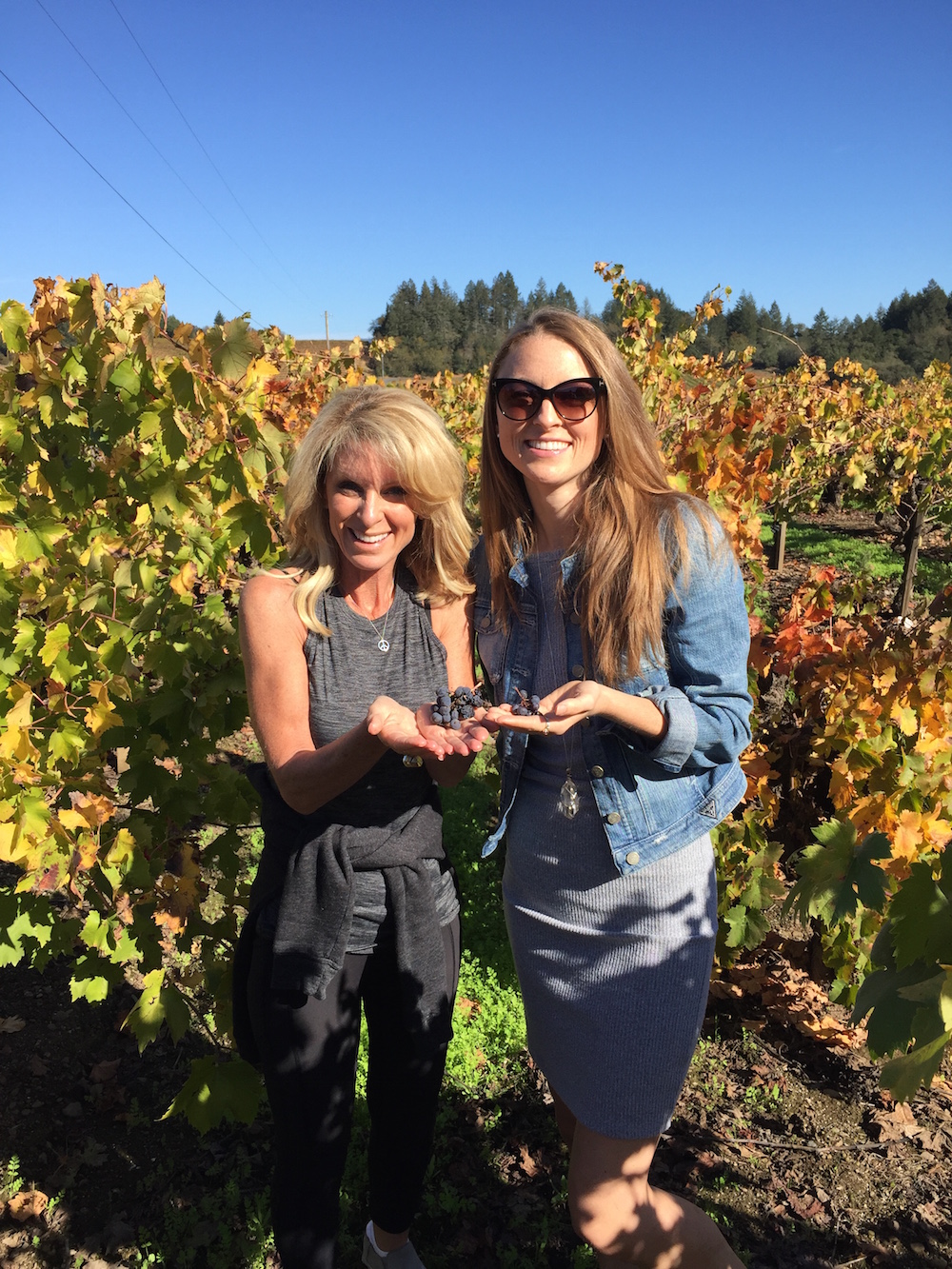 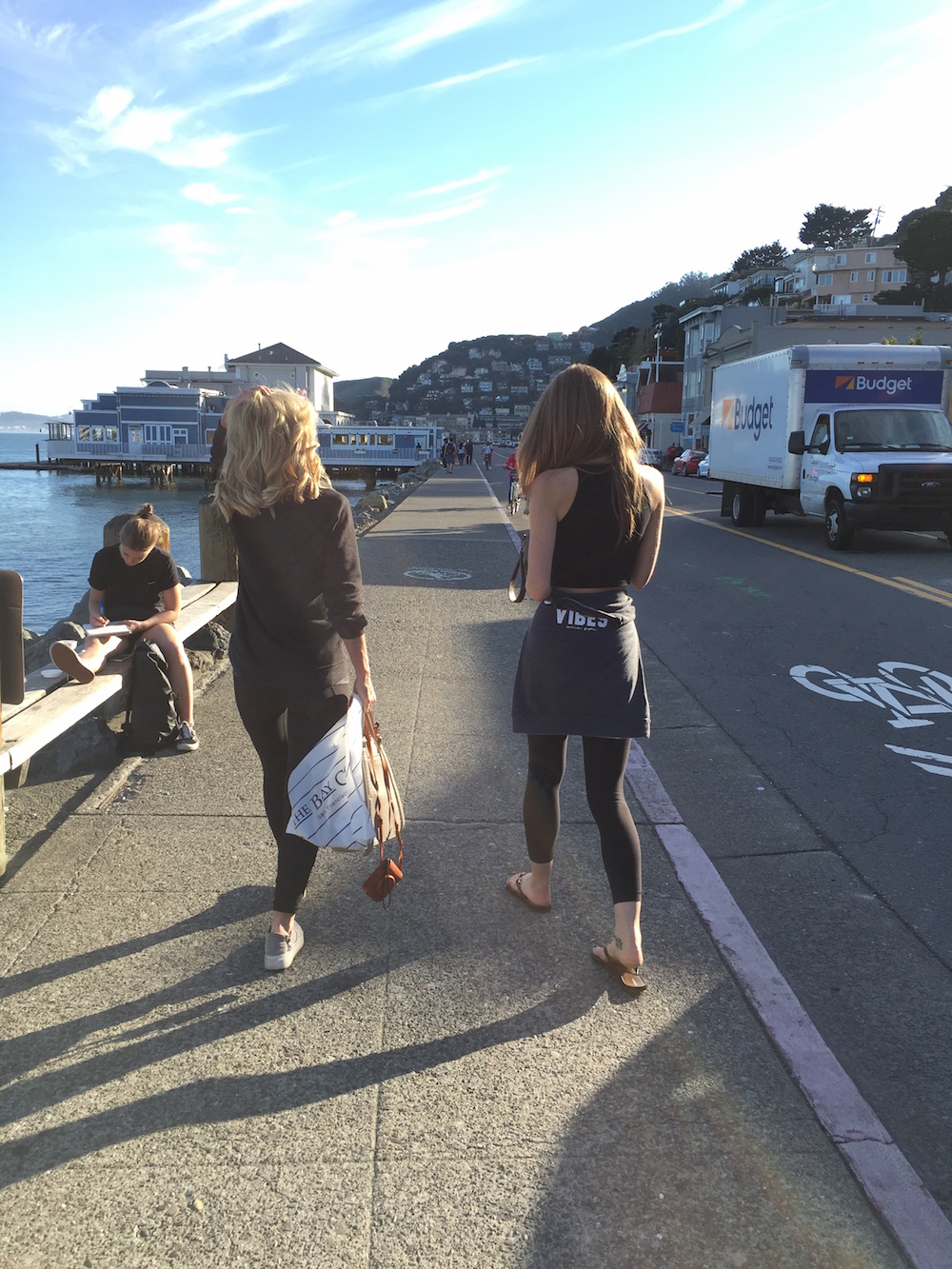 I was very excited when I was able to book this event in August. Even with how busy Erinn and I have been, I realized my self-growth was necessary for my future and for those I cared for, and I knew I had to make it a priority.

Unleash the Power Within (UPW) is an incredibly elevated, high powered, transformative event that will literally, blow your mind!

I’ve been a big follower of Tony Robbins for about 6 years now. I had followed him on and off but there was a shift in me about 6 years ago when I realized I want more for my life. That’s when Tony came into my focus and I got hooked. I started by simply watching his YouTube videos and listening to his podcasts and spent about an hour a day with him. I felt my energy shift every time I listened or watched him and I deliberately saved videos of his in my inbox for future viewing. With pen and paper in hand, I would take notes and ended up creating a journal of Tony’s Words of Wisdom.

Through my note taking and putting my new life skills into action, I noticed his transformation. Over the past year or so his started moving towards a more spiritual path, and when I realized this I got excited. Here was this ginormous man (6’ 7”), with this LOUD, raspy, POWERFUL, unique voice you’ll never forget, but he also had a brilliant mind. He has dedicated himself to working on and improving his mind with tireless efforts for over 40 years. He has suffered many setbacks; in his early years he lived in extreme poverty, battled a brain tumour, and even discovered he had mercury poisoning more recently. With this newfound spiritual component I saw a gentle flow of feminine energy go through him. I didn’t think he could wow me any more, but he certainly did.

I received an email in the summer from the Tony Robbins team, and it was for the UPW event in San Jose, CA. I never usually makes plans or decisions so spontaneously, but something told me to do it and I said, “YES!” and booked the tickets!!! Bam! It was done and there was no turning back. 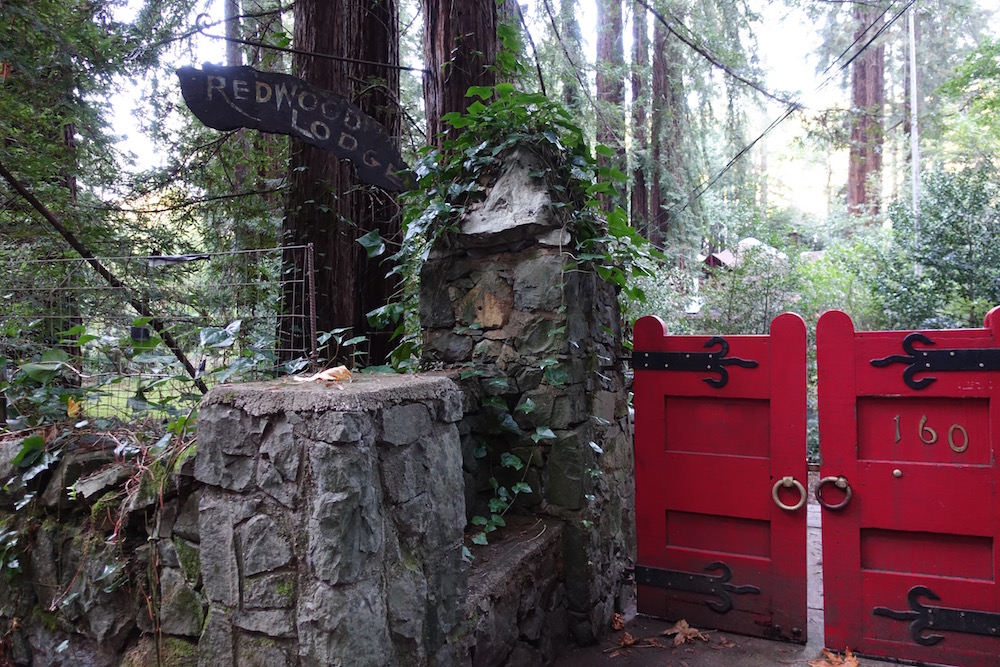 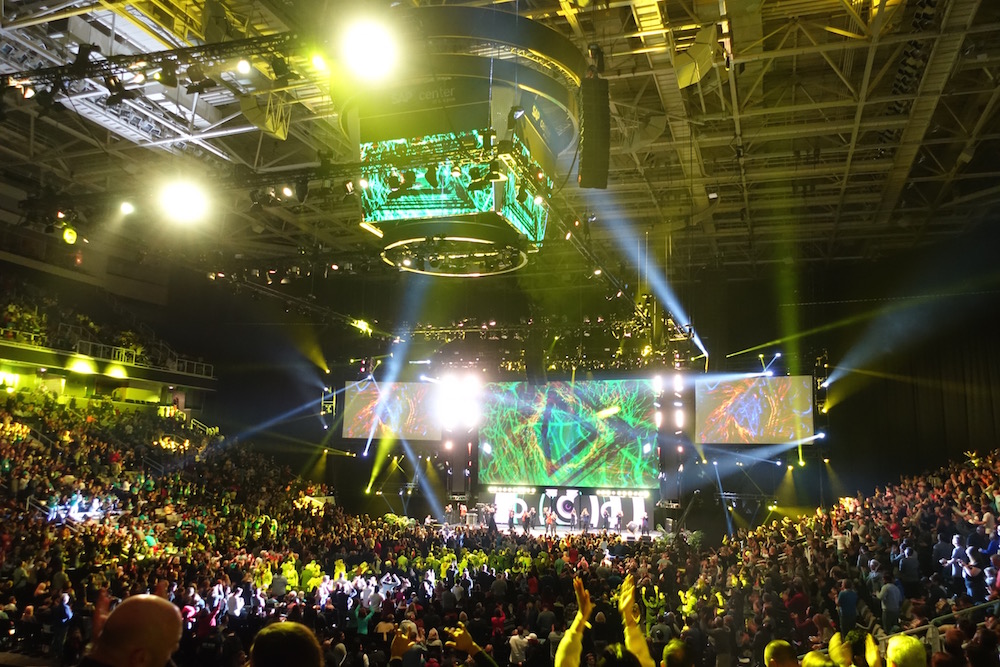 this was a life-changing event for me.

It was intense. It opened up people who wanted change in their life to who they really could be. There was laughter, tears, hoarse voices, dancing (rave style), incredible lessons, and Tony’s famous story-telling. These 4 days represented so much freedom for me. I witnessed him stop depression in it’s tracks with people as he conducted his ‘interventions’ and worked with them one on one in front of us. I saw men suffering with thoughts of ‘not being enough’ and by the time Tony was done with them, everything had changed. A positive, powerful soul emerged and they radiated incredible vibes. Our limiting beliefs are the only thing that controls us and those beliefs are the basis of our happiness.

Tony Robbins has worked with some of the most prominent people on the planet – Princess Diana, Presidents (think Clinton), pro athletes like Serena Williams and Michael Jordan, Oprah Winfrey, Richard Branson, and so many more. He gets hired to change their limiting beliefs and to take them higher than they have ever gone.

Tony Robbins is a firm believer in the concept of “with MOTION we get EMOTION”. We moved for 15 hours and day! It was remarkably powerful, intense, and raw! With motion everyone’s emotions became heightened and the SAP Center (where this event was held) was vibrating and shaking unlike anything I have ever experienced in my life. We were a party of totally dialed in people, loving their life, dancing, moving, hugging, high 5’ing, and supporting each other through our tears and laughter.

if you ever get the chance to see tony robbins, do it.

Your life will be touched in so many ways you never dreamt possible. To unleash your power is the most incredible gift you could ever give yourself. Your life truly becomes YOURS!

The Gift of Giving

How to donate instead of buy this holiday season.

Adventure at the Goldstream Trestle – Victoria, BC

Summer is on our minds with this quick detox tonic.

The one green smoothie you need in your life.